Perhaps you’ve seen it?   Louis Sullivan: the Struggle for American Architecture (2010).  This stunning documentary – the first full-length feature about Sullivan – explores his life, his work, and most of all: his ideas.

I just had to be at the 2010 premiere in Chicago (and in the first row – !).  During the opening sequence, tears began streaming down my face.  I had had this kind of immediate response to beauty upon first seeing the Sistine Chapel ceiling.  As Michelangelo’s work was familiar to me and I was still blown away standing before it, so Louis Sullivan’s work is familiar to me, yet here I was seemingly in its presence, weeping.

Cinematographer Pete Biagi clearly understood Sullivan.  Each building is vividly photographed in the best light and from the best angles.  But the most glorious part is how the camera travels along Sullivan’s surfaces – up his buildings, across his ornament – bringing you close, bringing them to life.

As the film went on, I realized that it wasn’t only the visuals that were delivering the emotional sock in the gut: it was the soundtrack, too.  After the film, I asked director Mark Richard Smith about how the music was created. He called up the composer, Michael T. McLean, to explain.  McLean took a seat at the piano on stage and began discussing and demonstrating how he had composed the music according to themes in Sullivan’s life and ideas.  He took his musical cues from the rhythm in Sullivan’s ornament, from the soaring of his skyscrapers, from the various threads of his life and work.  No wonder the music and the visuals are so perfectly wed.

The film features Tim Samuelson, Robert Twombly, Joseph Siry and many others.

If you haven’t seen it, I highly recommend it.  And if you have, perhaps watch it again for a jolt of inspiration.   Even if you admire Sullivan’s work, I dare say this film will lead you to awe. 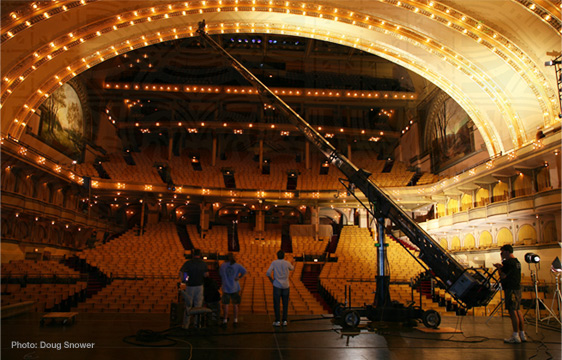 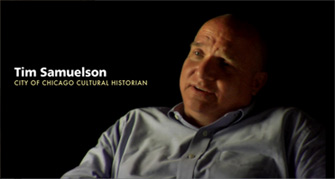 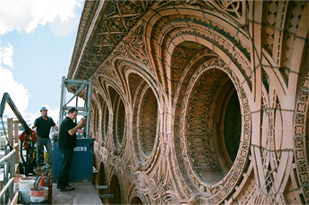