Encyclopedia of Chicago Fact of the Day: The Dill Pickle Club

Chicago writers Sherwood Anderson and Carl Sandburg mingled with radicals, unemployed workers, prostitutes, gangsters, and slumming Gold Coast socialites at the Dill Pickle Club on the Near North Side. The enterprising radical Jack Jones was the brains behind the basement cabaret, speakeasy, and theatre located at 10 Tooker Place. His irreverent spirit is captured by the motto emblazoned on the club’s door: “Step High, Stoop Low, Leave Your Dignity Outside.”   ~ Encyclopedia of Chicago 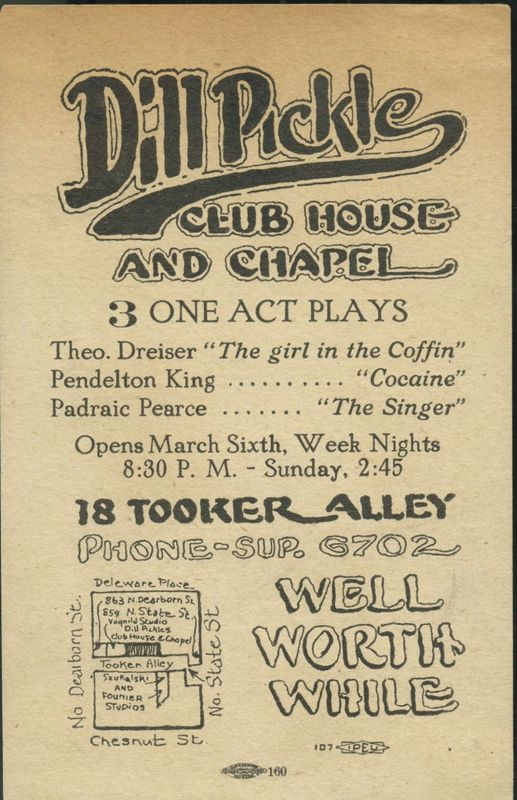