The large, bustling city of Birmingham (established c. 600) is situated in the hilly middle of England, in a region called the West Midlands.

While my previous day focused on the city itself, the next day concentrated on the reason for the city’s prominence: the beginning of the Industrial Revolution in the 18th century.

Birmingham sits just east of what was the earliest manufacturing zone and most densely industrialized part of England: the Black Country. 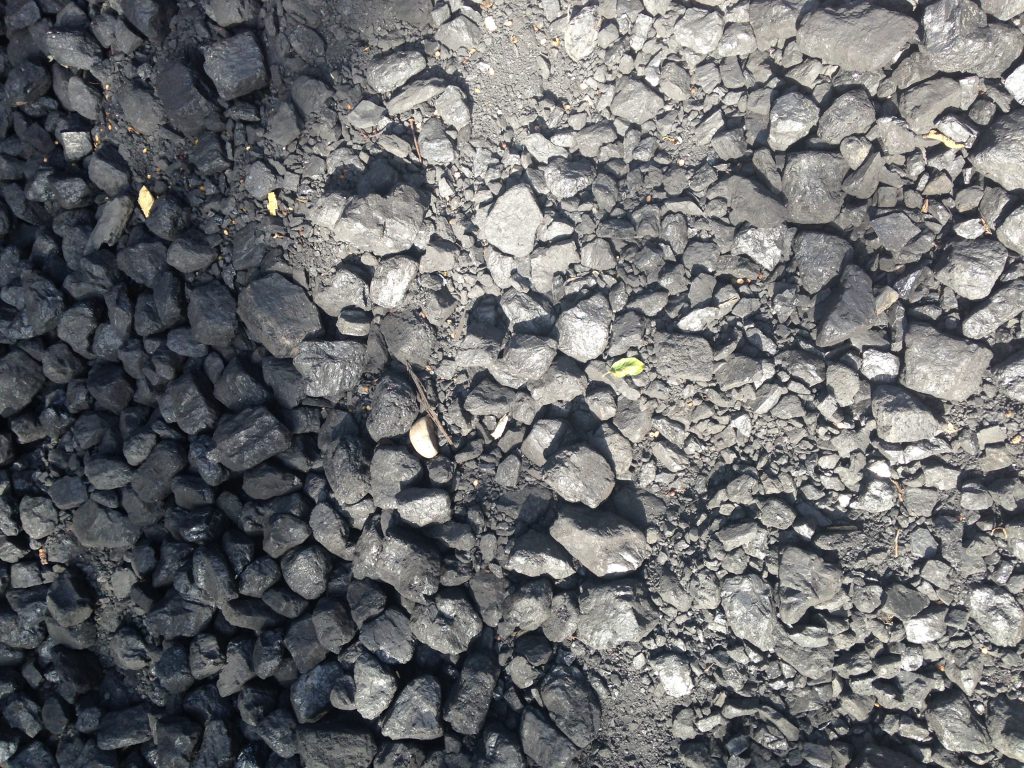 Named for the coal seam that runs through it and the dystopian landscape that pollution created, it couldn’t be more different today.

To highlight that fact, my day began with a moderately strenuous walk up the hills above the area (some 300 feet above sea level). As the sun rose, I could see in the distance, not black and soot, but waves of green, forests, fields, red brick homes, modern buildings standing tall. A single brick smokestack hinted at the past, but otherwise there was just the fresh air, the trees, the quiet, the dew beneath my feet, wild flowers everywhere.

But I knew the area had been home to many mines and quarries.  Where badgers had been digging in the soil, I found a small shard of pottery, blue and white and heavily caked in dirt; my guess is that it was from some sturdy 19th century domestic vessel. It is coming home with me.

Then it was back down lower on that hill to the Hazlehurst estate where I was treated to a full English breakfast. I rarely eat meat at home, but I have decided to loosen up and enjoy local foods while here.

The breakfast was composed of good coffee, fruit salad, and then a sauté of bacon (one rasher = one slice), black pudding (after I glanced at the ingredients, I decided to overlook them and just try it), eggs, mushrooms, tomatoes, and beans. It was hearty and all of it delicious! 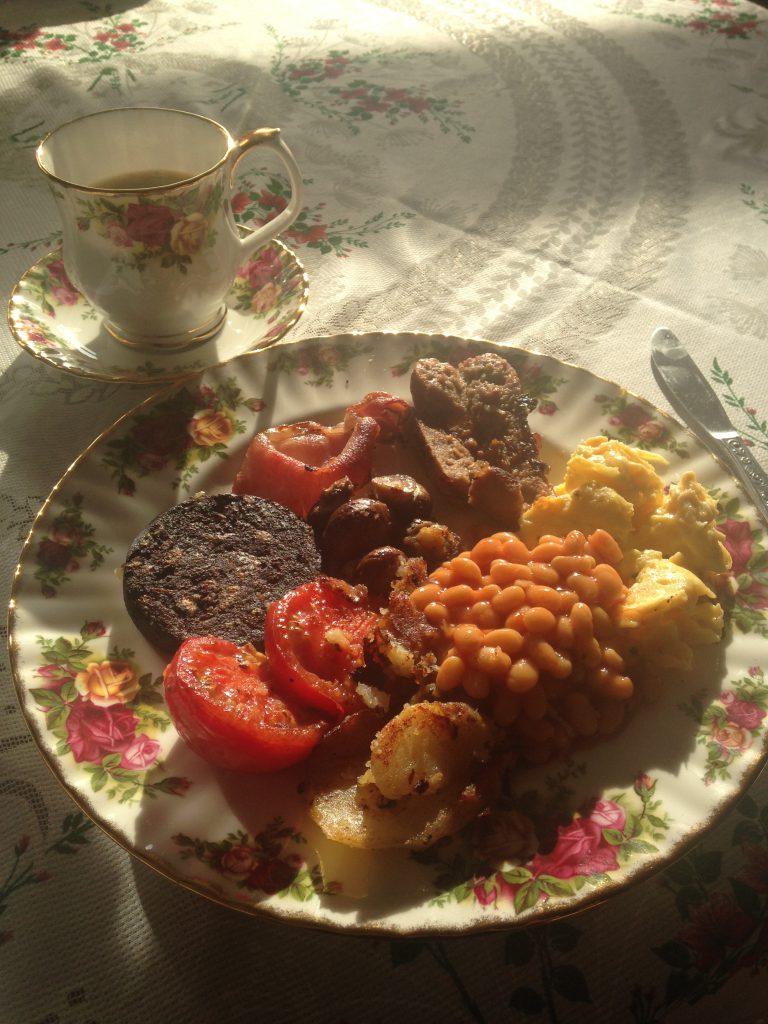 Then it was on to the Black Country Living Museum to spend a day back in time. The Museum has been around some 30 years and does a great job of creating an authentic environment – focusing on late 1800s through about WWII.

I walked through actual homes (the 1930s home had dreamy Art Deco details!), manufacturing buildings (recreation of the first steam engine), shops and a pub (had an ale flight, all properly less than cold).

The actual canal runs through the grounds and contains actual canal boats.  Costumed characters talk about their buildings and work.

It was authentic fish and chips for lunch (the museum received a dispensation to deep fry in beef tallow) and on to the old-timey fairgrounds. Rides around the grounds on the old double-decker bus were fun.

Next door to the museum grounds is the Dudley Canal where visitors can take various excursions through the old canals and tunnels. I couldn’t believe how vast the canal network was in central England, nor how of it much survives! 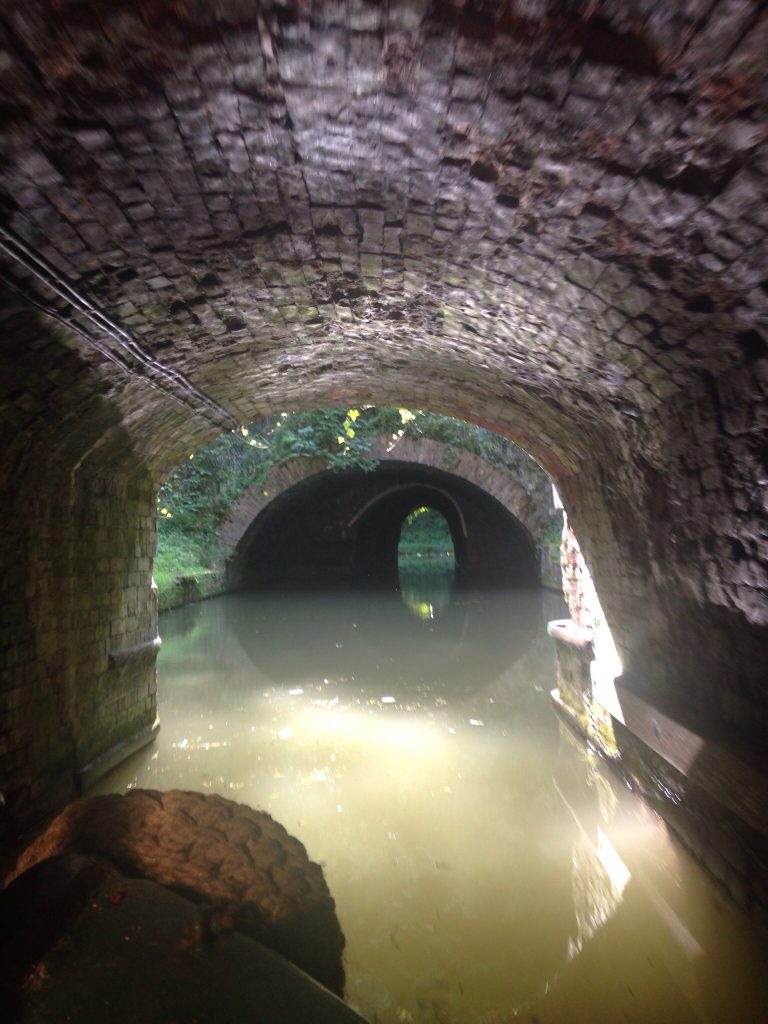 The day ended at a quirky pub called The Crooked House (the industrial tremors of years ago sank part of the structure – but we are reassured that all is reinforced) with friends (Philip, Kelly, Darryl) and great food. 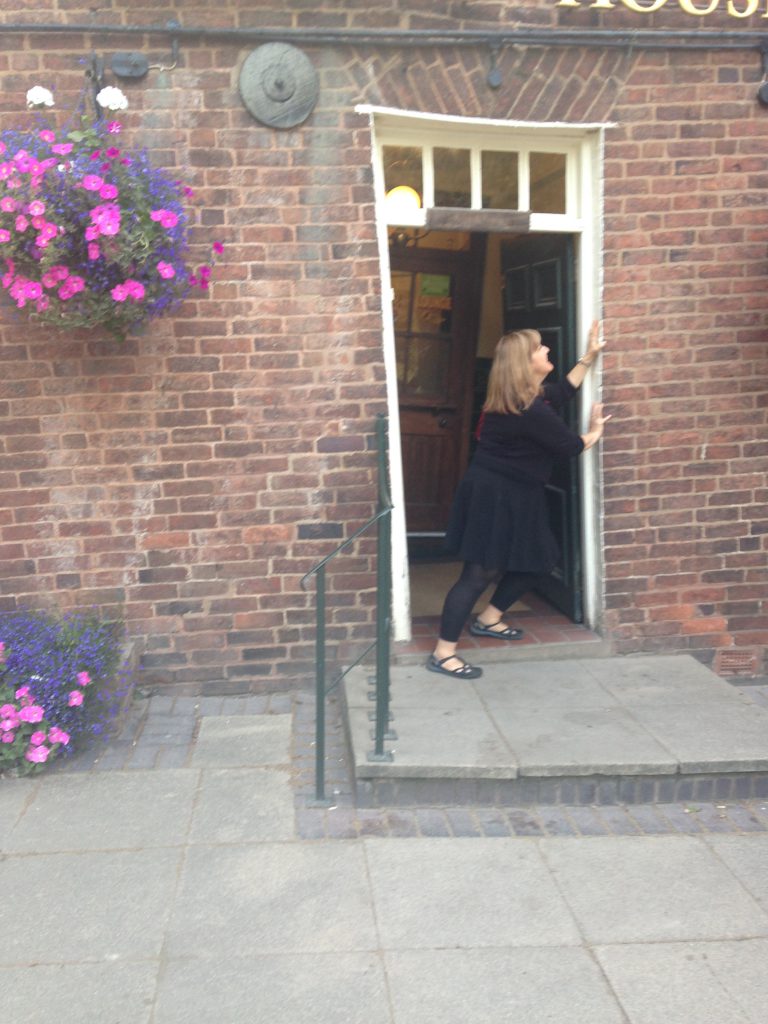