The Bells of Old Chicago

When one thinks of Chicago sounds, the roar of the el, the honking of taxis, or the soaring of jets overhead may come to mind.  People’s voices.  Car and bus noises.  Street musicians and street preachers.

You might not expect to hear the sweet sound of bells and chimes and carillons.

While leading my tour groups along downtown streets, I always try to call their attention to these arguably anachronistic sounds.

Bells and carillons sound from churches and chapels all over today’s Chicago – including the Chicago Botanical Gardens – but there is something about these sounds in the middle of the Loop or the Mag Mile that makes them remarkable.  We often rush by in the urban cacophony, unaware.

In the very heart of the Loop, First United Methodist Chicago Temple’s carillon rings the hours from 400 feet in the sky.  Installed for Easter 1935, the 40-tube carillon can play three octaves.  Apparently, achieving the correct volume and tone to work from those heights in the canyons of the Loop was painstaking. 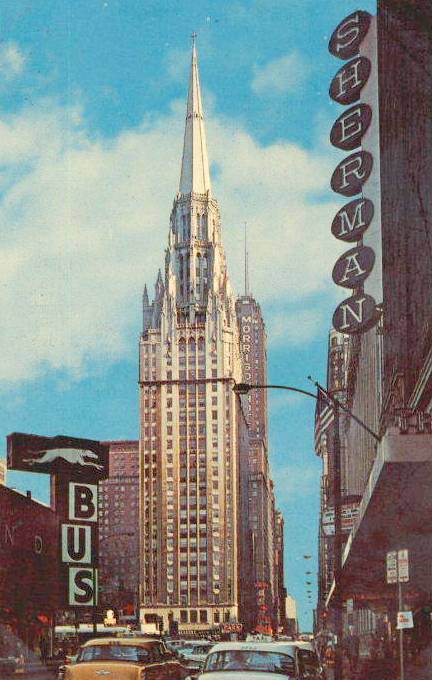 A couple of blocks away is one of the quirkiest sources of music in Chicago: the cuckoo-clock-like figure of Gambrinus (medieval king of beer!), popping his belly out over Randolph at the top of the hour, accompanied by chiming, schmaltzy mid-century favorites.   Gambrinus was designed by Edgar Miller in 1934 for Eitel’s Old Heidelberg Restaurant.  Even though the building has undergone a dramatic facadectomy and today is an Argo Tea, old Gambrinus is still fairly functional.  He greets my guests from his balcony at 6:00 pm at the beginning of my 1950s Nightlife in the Loop tour.  And even though he doesn’t do much, he is a fascinating sight, all the same. 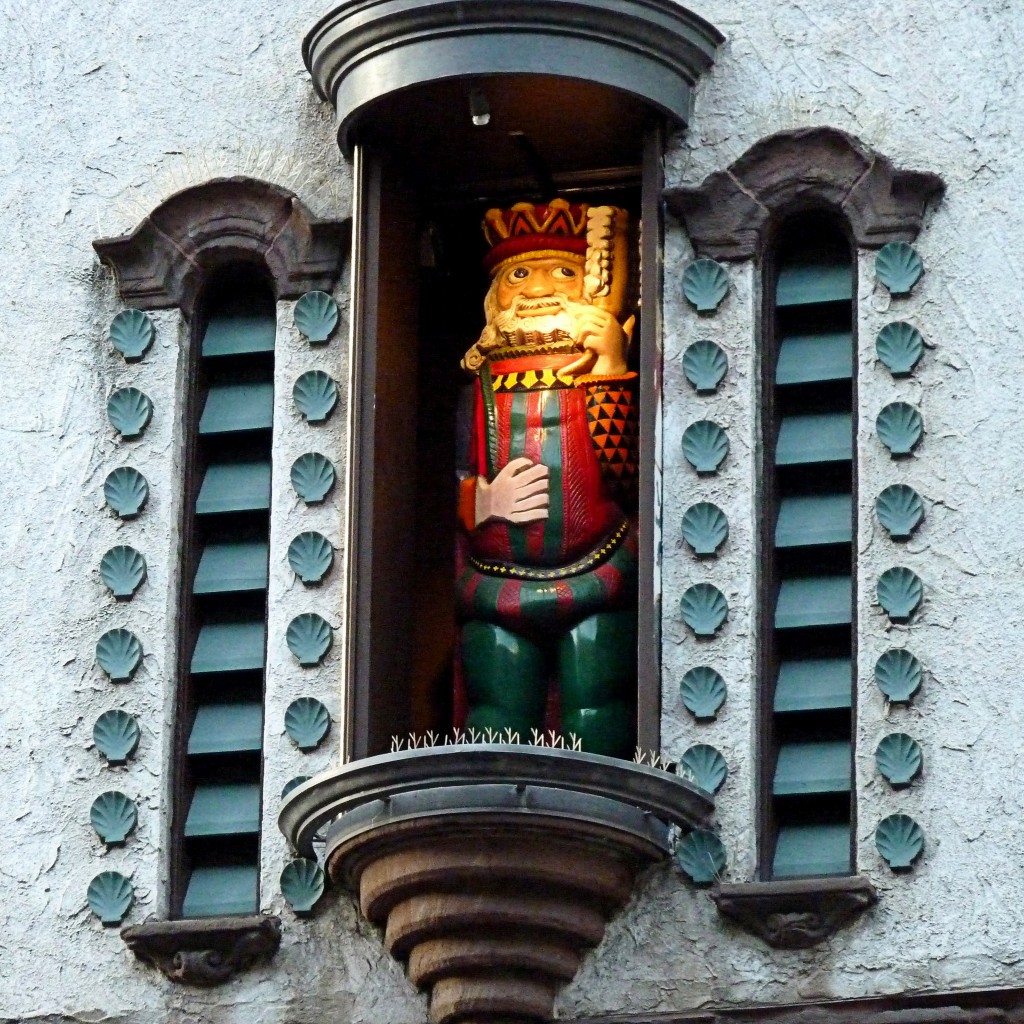 On my Mag Mile in the Morning tour, we walk through a Gothic cloister to enter the hush of Fourth Presbyterian’s courtyard.  Most of my guests marvel at the peace of that space – just steps from chaotic Michigan Avenue – with its Gothic-style fountain and birds chirping.  We are also often treated to the sound of bells from the church’s tower, completing the medieval environment. 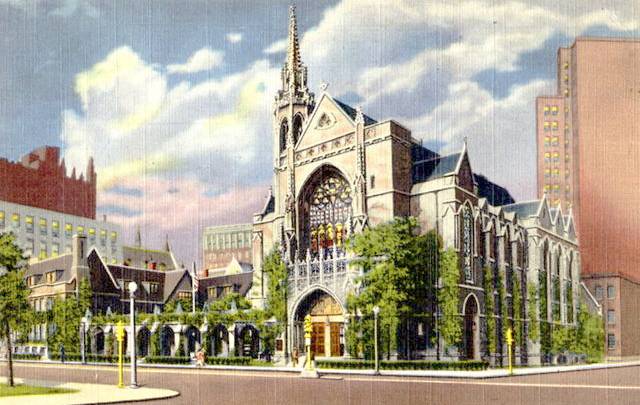 We tour guides often counsel our guests to “look up” and notice what is above street level.  I would further encourage you to “listen up” for the more subtle sounds of the city.