The Other Chicago World’s Fair

On tours, whenever I mention the 1893 Chicago World’s Fair – even using its official name: The Columbian Exposition – I see knowing nods and recognition.  Some say they’ve read “Devil In the White City” and some are aware of the movie to be made based on the book (Scorsese/DiCaprio).  “White City” themed tours are popular in Chicago and I’ve often had people request them.  The 1893 Fair was a game-changing event for Chicago with fame that extended well beyond the United States.

But when I mention the OTHER Chicago World’s Fair, The Century of Progress (1933-34), I usually receive blank stares.  I always mention it when explaining Chicago’s wonderful city flag; the fourth red star stands for that second World’s Fair. 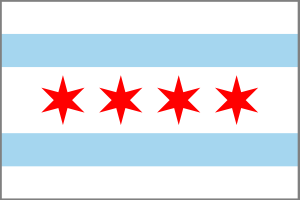 It seems this Fair needs a little more attention.

As I detailed in another post, the opening of the Century of Progress was supposedly triggered with a beam of starlight that left the star Arcturus the same year that the World’s Columbian Exposition had illuminated Chicago’s skies 40 years earlier.

The Fair was all about modernism and scientific advances.   The buildings were streamlined and sleek (the style later known as Art Deco).  Color was used lavishly and playfully all over the buildings and grounds. 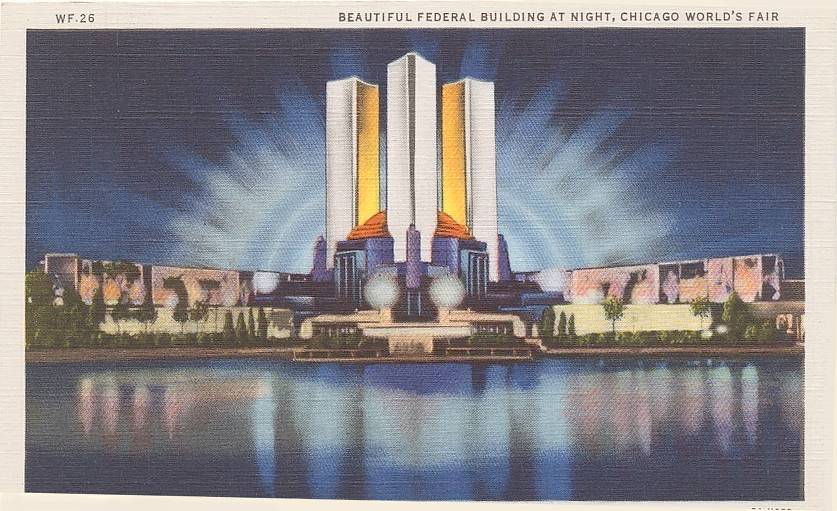 The Hall of Science was the cornerstone of The Century of Progress.  And nearly two dozen corporations — contrasted with only nine at the 1893 Fair — erected their own pavilions and developed displays that persuaded Depression-weary Americans to spend money and modernize everything from their homes to their automobiles. 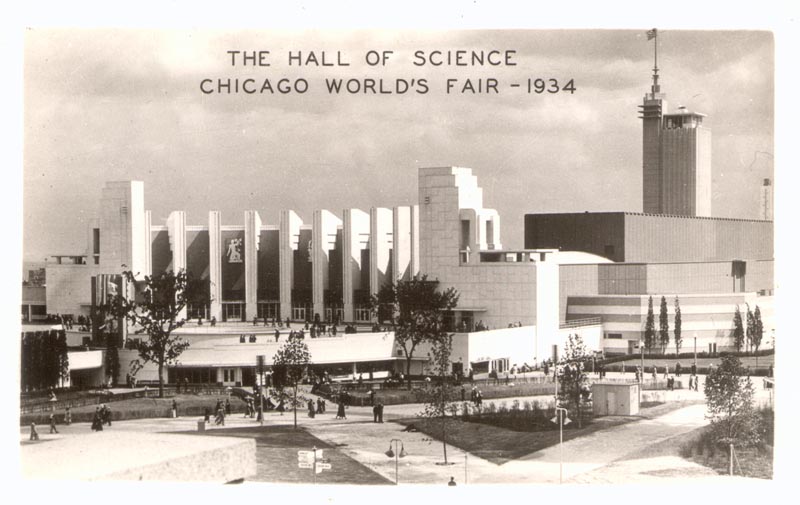 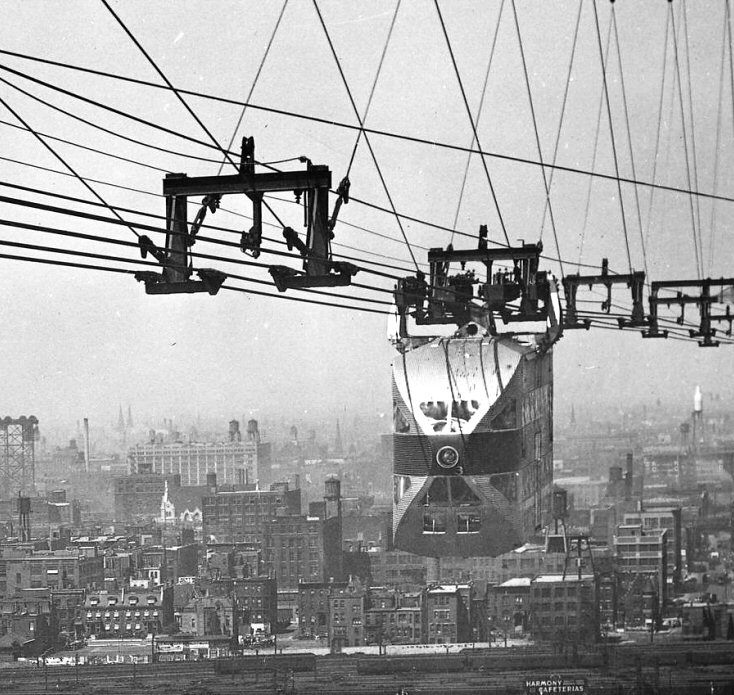 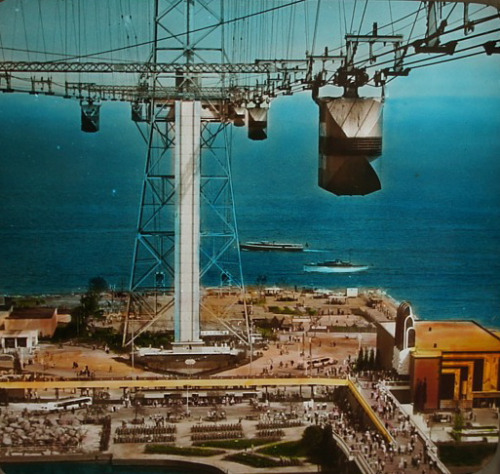 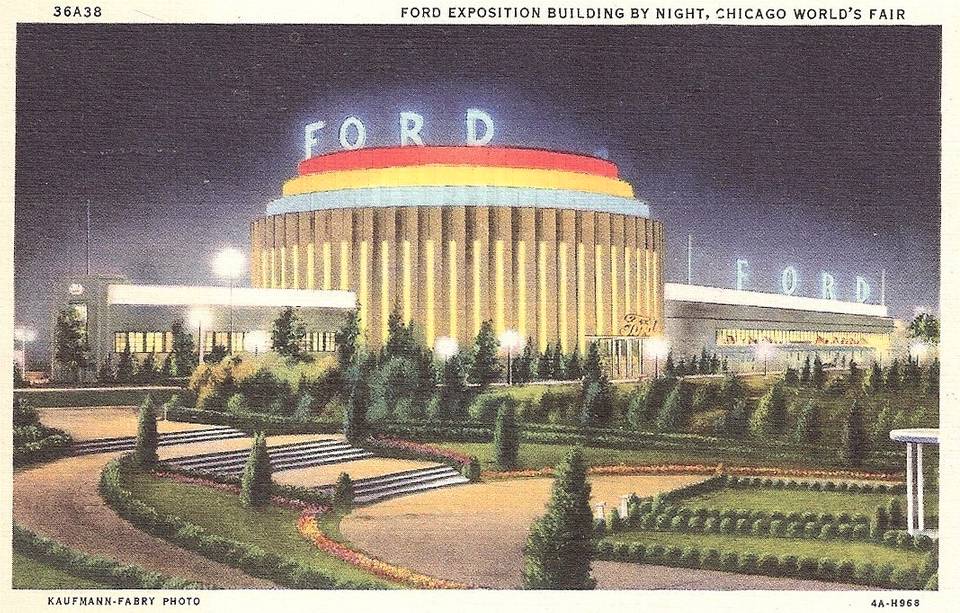 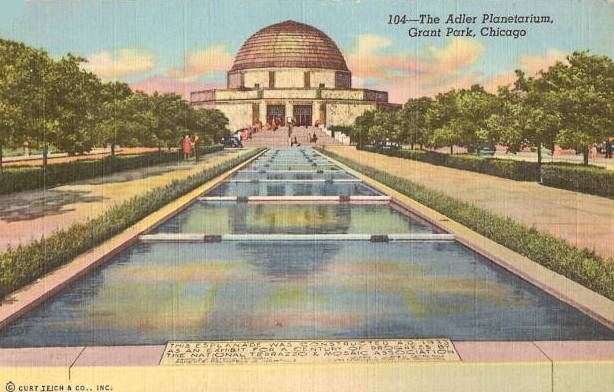 Another interesting result of the Fair was the opening of the Empire Room nightclub at the Palmer House in the Loop.  Live music performed for hotel guests in a dining room during the Fair became after the Fair one of the most glittering nightclubs in the United States, lasting into the 1970s. 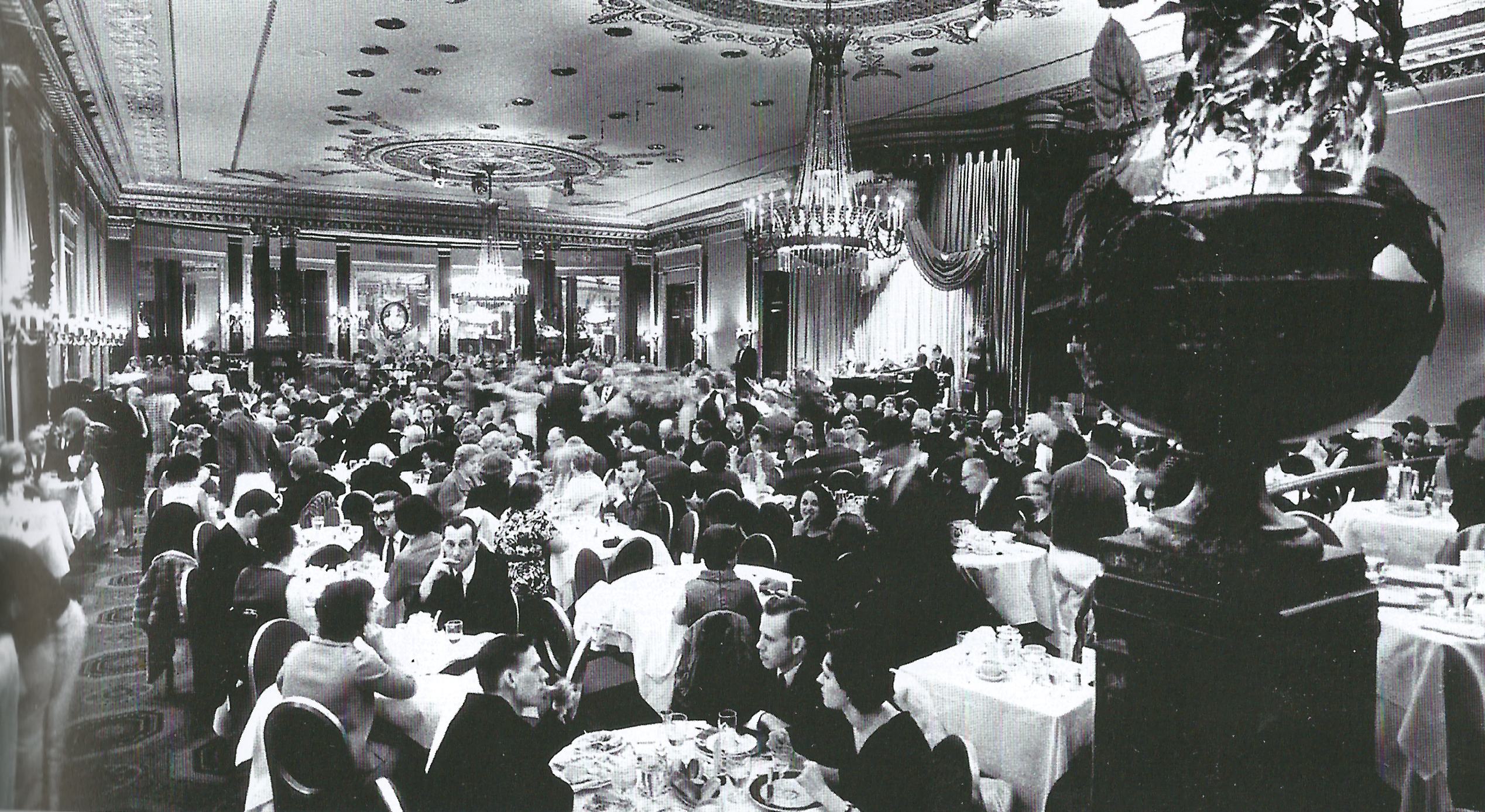 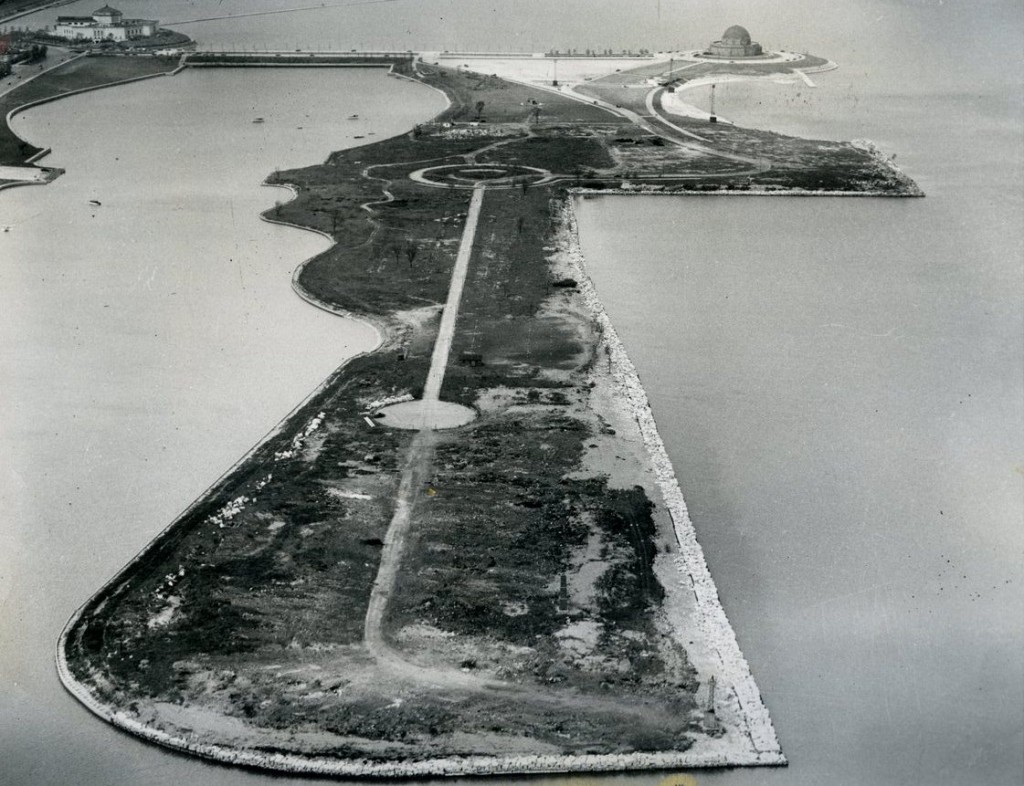