The Voice of the CTA

When I first moved to Chicago, I was immediately curious about the cheery, professional voice on the CTA trains.  Having worked in an audio post-production facility in Milwaukee years ago, I met many voiceover artists and had done a few voiceovers myself.

Just who was behind the Voice of the CTA?

Apparently this fellow didn’t want his name known at first.  But he eventually came out to Chicago media and we learned his identity: he is voiceover artist Lee Crooks from MILWAUKEE !  How fun to have a  friendly hometown voice greeting me every day in Chicago.

I came across more information about Crooks over the years and especially like this two-minute video of him in the recording studio, talking about his work for the CTA and how it feels to hear his own voice everywhere in Chicago.  He even pulls off a pretty good southside accent… 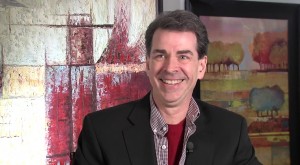 announcementsbusesChicagoCTALee CrooksMilwaukeetrainsvideovoiceVoice of the CTAvoiceover
« Previous PostA House Full of Surprises: Glessner Historic House Museum Next Post »Best of Blogs: Out of Chicago