Why the Allure of Gothic Revival Architecture?

We who are concerned about The Chicago School and Louis Sullivan and the White City and Daniel Burnham and if American architecture had actually been set back 50 years by a popular revival of classicism have always had a lot to talk about.  Our Chicago tours at least touch on these issues of revival versus original architectural style.

But I’ve been noticing something else, too.

Lots of people seriously love Gothic Revival architecture.  I regularly witness people responding to the Gothic …and I’ll admit my bafflement.  Sure, people also like classical columns and swags and symmetry, but give them a pointed arch, some tracery, stained glass or gargoyles, and maybe some flying buttress-look-alikes, and they are transfixed.

I’ve been showing buildings to people for many years and I love watching how they react when they first experience a place.  Do their eyes light up?  Are they wowed?  Further: what do they ask more about?  What must they photograph?  What are the memories they carry with them?

I am struck and surprised by how many people respond immediately to Gothic Revival. 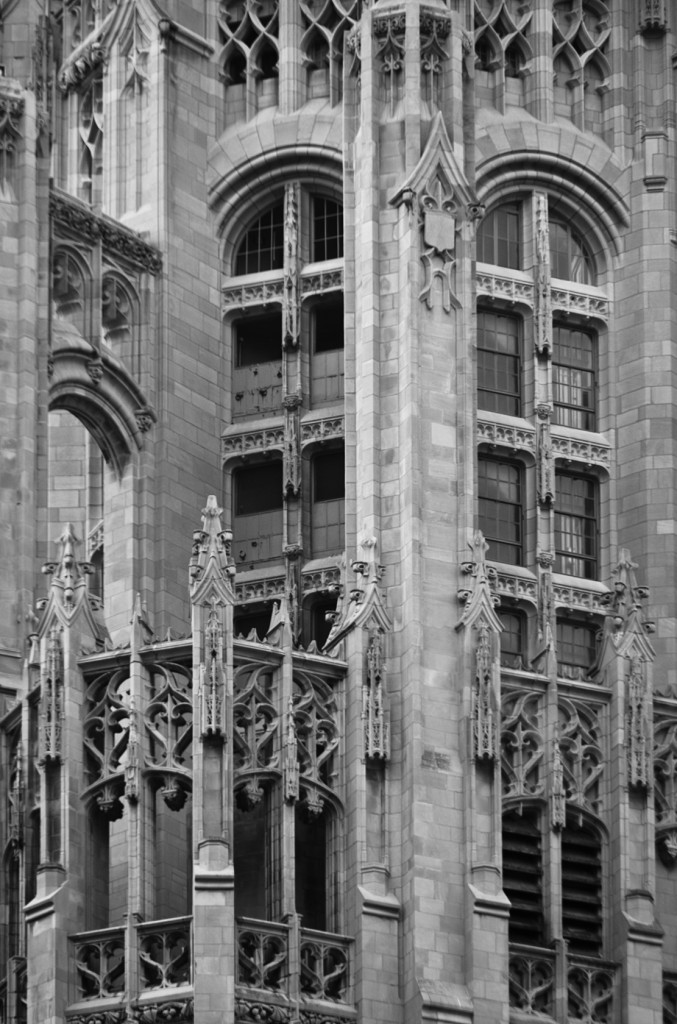 We Chicago tour guides expect that Art Deco design is going to dazzle most people and Tiffany glass is going to wow everyone.  We also know that Mies takes a lot of explaining and even then, his work may not get through to most people.  Some people get Sullivan, others have it for Burnham.

But show people a Gothic structure and most simply swoon.  Tribune Tower?  The Water Tower?  The University of Chicago campus?  One of the many Gothic-style churches?  Watch the eyes light up. 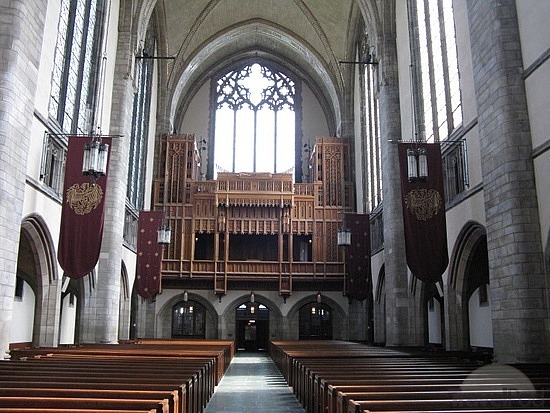 I’ll admit my bias.  I may have taken in too much Louis Sullivan and ascribed too much to the idea that fresh and original is better than derivative and historicist.  I’m not a very nostalgic person when it comes to architecture.  I personally don’t get excited about 20th century buildings that look like they belong 5-10-20 centuries ago; it just seems incongruous to me.  I, likewise, don’t like when gracious pre-war homes are gutted and converted to 21st century white boxes; there is a loss of integrity.  I appreciate most when a building is honest about what it is and what it’s for, when it belongs to its time and shows it.

So I love Gothic cathedrals. That were built in the Middle Ages.  I love ancient temples. That were built in ancient Greece or Rome.  I also love midcentury Modern (when done well) because it’s forthright.  Of course Sullivan and Wright impress me to no end because they were doing something new and not derivative.

But I live in a 1918 Chicago apartment building that is vaguely English Gothic Revival – and it’s handsome and I love its verticality.  I’m aware that it’s not a real medieval English building and that doesn’t make me turn my nose up at it.  I’m not a complete snob; historic design elements are everywhere and I do find some of it very appealing.

I am also aware that because I have been in so many churches in my life, I have seen a lot of Gothic Revival design up close and personal.  So not just any fancy church space will awe me anymore.  Sometimes it works, to my mind, sometimes it doesn’t.

I understand and appreciate that the 19th century was a time of great romantic notions, nostalgia for the past, an adoration of the picturesque, and a flood of historicist architecture.  Gothic Revival – design based on that used in the Middle Ages – was one of the most influential and long-lasting styles of the 19th century.

In the United States, we enthusiastically continued with historicist architecture through the 1920s.  Not only did we love our French chateauesque or Tudor-styled houses and Egyptian Revival storefronts, we carried the love affair with Gothic to even greater heights: of course in church and institutional design, but also applied to skyscrapers.  Pointed arches, steep-sloping roofs, and decorative tracery were applied and applauded.   We are surrounded by Gothic Revival architecture in Chicago. 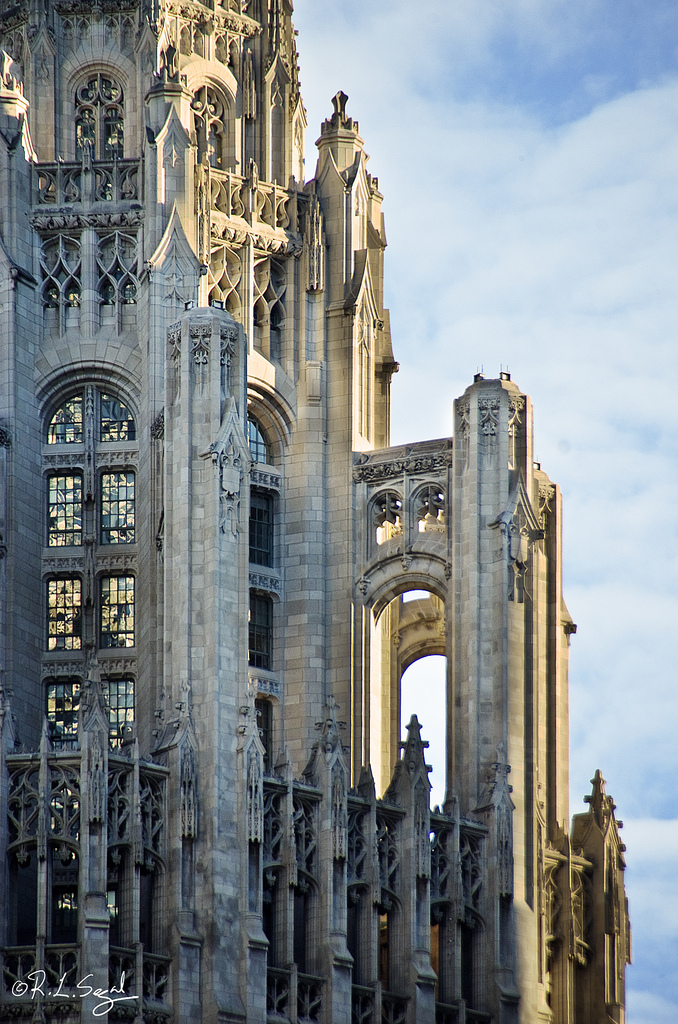 What accounts for the popular appeal of Gothic Revival in its viewers today?

I suspect it has to do with reasons that made it popular in the 19th century: it evokes a deeply religious, passionate, romantic time.  I wonder if today because many people don’t regularly set foot in churches as previous generations did, when they do, they are kind of blown away by it.  Maybe it gives them a vaguely religious feeling that evokes childhood memories, or memories of grandparents and family traditions.  It’s a hushed, peaceful, yet visually complex space that is unusual in modern life.

Gothic architecture is also soaring.  It lifts eyes and hearts to heaven.  It constantly points up.  It exults in the heights; it is a good fit with the skyscraper form.

As the world has advanced in speed and technology and so much of today’s built environment is steel and glass and featureless, experiencing Gothic design transports to a long-ago kind of medieval paradise.  Like neoclassical design, it reassures.  It seems to have stood the test of time and we get to partake a little in that perpetuity.

I also think people naturally respond to “fancy” things. The more ornate the ornament, the better.  The more lines and curves and details, the better.  People’s eyes tend to register the profusion of ornament as beautiful.  Gothic Revival has a lot going on, so its up there on the beauty meter. 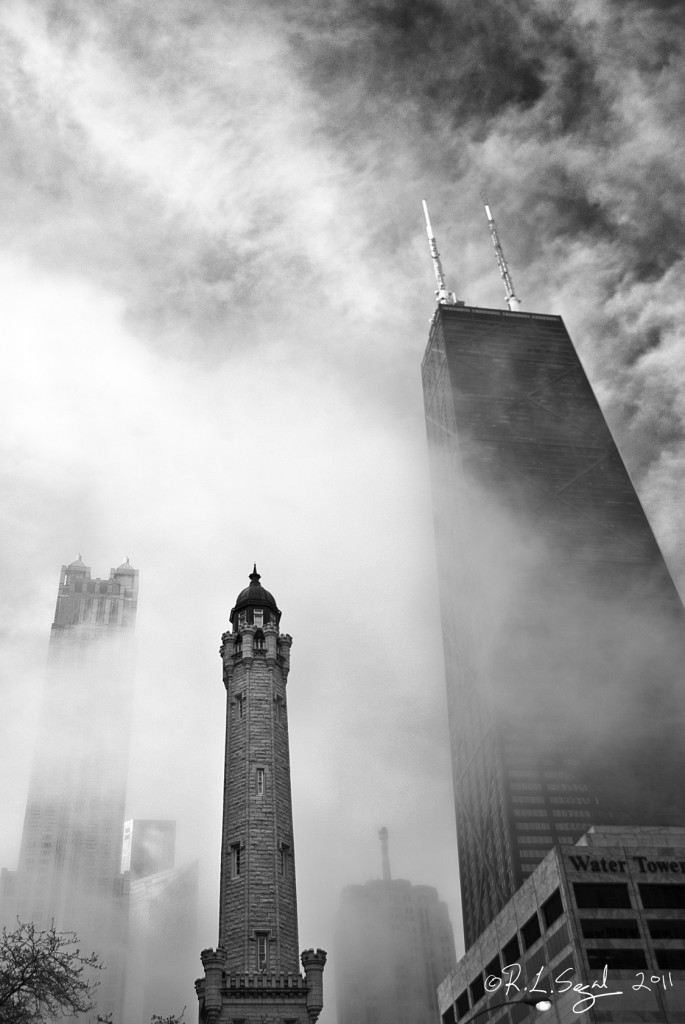 I have found the University of Chicago an especially fascinating example – and one I have personally struggled with.  I am amazed by how people are completely spellbound by its Gothic Revival architecture.  Photographers love its medieval grandeur and mystery. Yet when I’m walking the campus, I feel like I’m at a medieval theme park of sorts; the older part of campus feels artificial and leaves me cold.  It’s acting like Oxford, but it isn’t Oxford; its not medieval England, its 1890s Chicago.   The postwar campus architecture feels more alive and honest to me, and has some real architectural high points.

So, all that said (confessed?), I’ve had to adapt – and hopefully improve – how I interpret architecture in Chicago.

I used to regularly give tours that took people into a 1920s Gothic Revival church.  I found that particular space dead and dull in its color and materials (save for a few stained glass windows) and I was personally not impressed in the least that it was ornate Gothic Revival.  YET, I continued to observe that entering that church inspired people, delighted people, stayed with people; people’s comments afterward constantly mentioned the church as a highlight.  Even though that really surprised me, I discovered that I had to respect and honor that experience for them.

Same with Rockefeller Chapel on the University of Chicago campus.  It’s big, its well-designed, it’s perfectly Gothic, but I am not affected or impressed by it.  Yet I take people there who find it truly awe-inspiring. 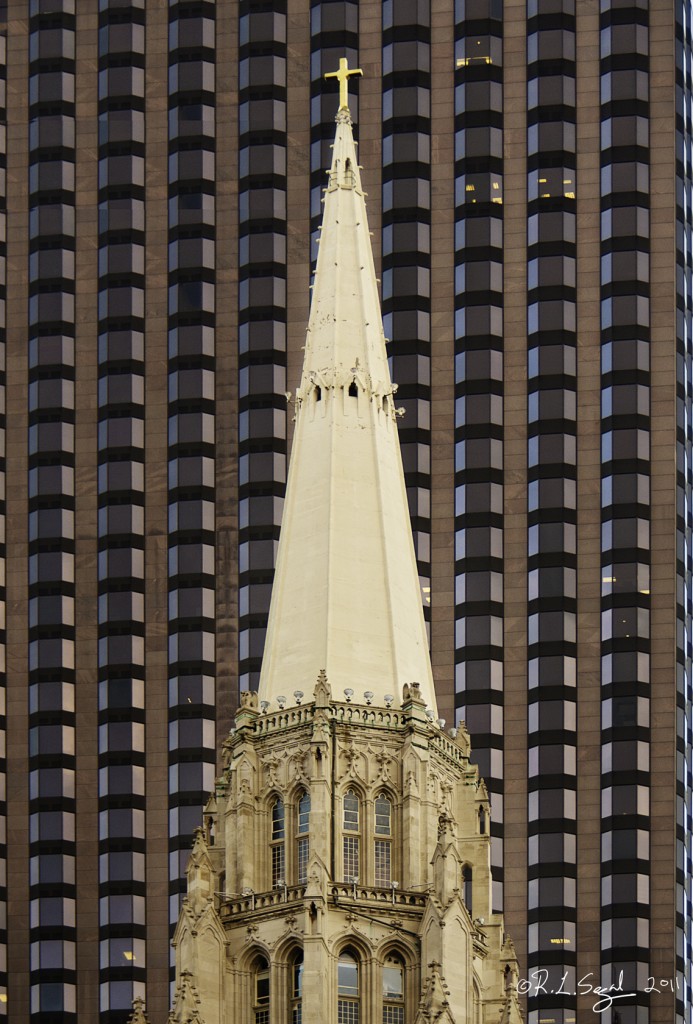 I give a Mag Mile tour that includes some amazing and innovative architecture, but which two buildings consistently grab people?  Tribune Tower and the Water Tower.   It seems to me that they are responding at an emotional level to the Gothic Revival design.  They seem to be instinctively attracted to them, before they even hear the buildings’ stories.

I’ve had to tame what I say about both buildings.  I still want to share that the Tribune Tower’s Gothic style was decidedly retro, even to 1920s minds, but I no longer want to make fun of its throwback qualities and of the fact that the flying buttresses are only decorative.  Likewise, I used to say something to the effect that the Water Tower wasn’t great architecture but we Chicagoans hold it dear.  Well, I’ve had so many people delighted by the little “castle” with “pepper boxes” all over it that I don’t make a judgment call on its design any more.  I can’t dismiss design that is clearly getting through to people.

This finally points to a larger issue of interpretation.  People come from a vast array of places, understandings, education, and biases.  They see architecture and design through their individual lenses.  They bring what they are, what they know, to the experience.  I can share quality information and context and meaning, but I can’t be didactic about it.  I do strive to interpret purely through my education and understanding, but realize that my personal biases sometimes enter in. The goal is to help people see beauty and appreciate design, not to view the world as I view it. 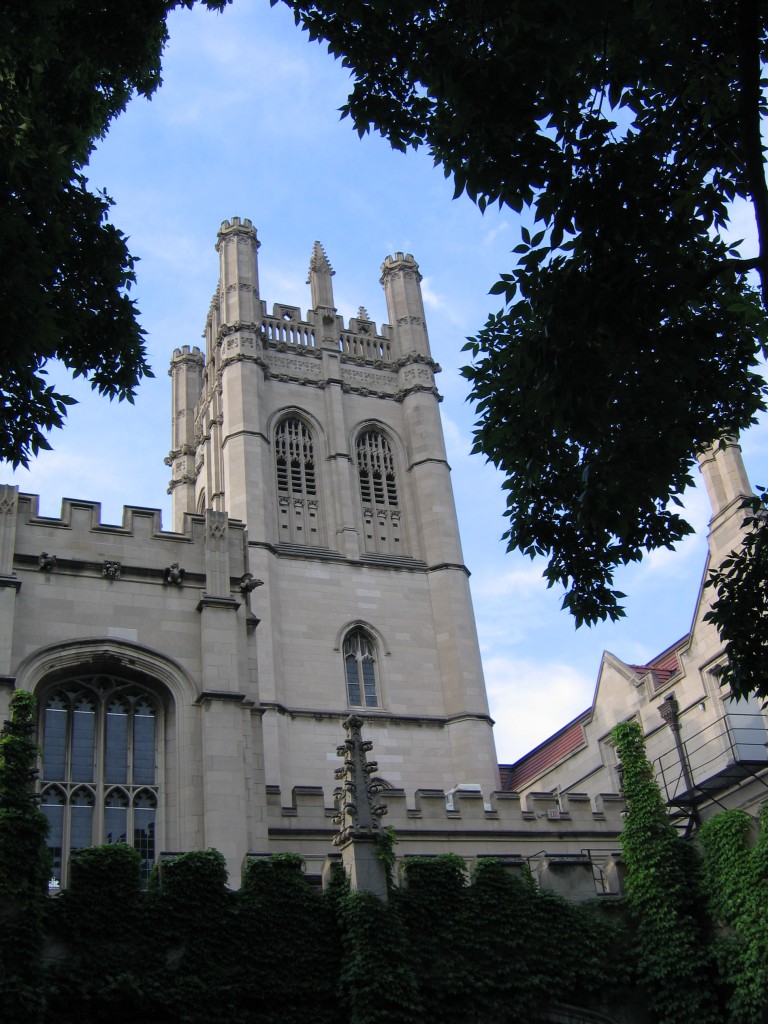