After a late arrival on the Eurostar train, it was a magical night taxi ride through the streets of Paris to my apartment on Rue Malar in the 7th arrondissement, the Rue Cler neighborhood.  Staying in an apartment – rather than a hotel – in a quintessential Parisian neighborhood invites you to live more like a local.  I was happy to do so but bemoaning my inability to speak French.

But I did my best.  The first morning in Paris featured breakfast from a busy boulangerie (a perfect little quiche and coffee).  While in Paris, I shopped multiple times in the supermarket around the corner to stock the apartment kitchen a little and to explore French food.  I went to Sunday mass at the neighborhood Catholic church.

On a walk to the Metro station to get a multi-day pass, I came face-to-face with the Princess Diana memorial that I had read about but didn’t realize was so close.  Located in view of the Eiffel Tower at the Pont de l’Alma that crosses the Seine, it is a gilded copper replica Flame of Liberty that the United States presented to France in 1989.   After Diana’s tragic death in the Tunnel du Pont de l’Alma (on this day) in 1997, the flame became an unofficial memorial to her.   I was surprised at my intense sadness and wept as I took pictures.

The first day in Paris ended with dinner at a Rue Cler bistro and a lovely glass of Bordeaux, then a stroll to the Eiffel Tower (located just down the street).   Then back to my room where I opened the windows wide to let in all the nighttime sounds of Paris.  I slept well. 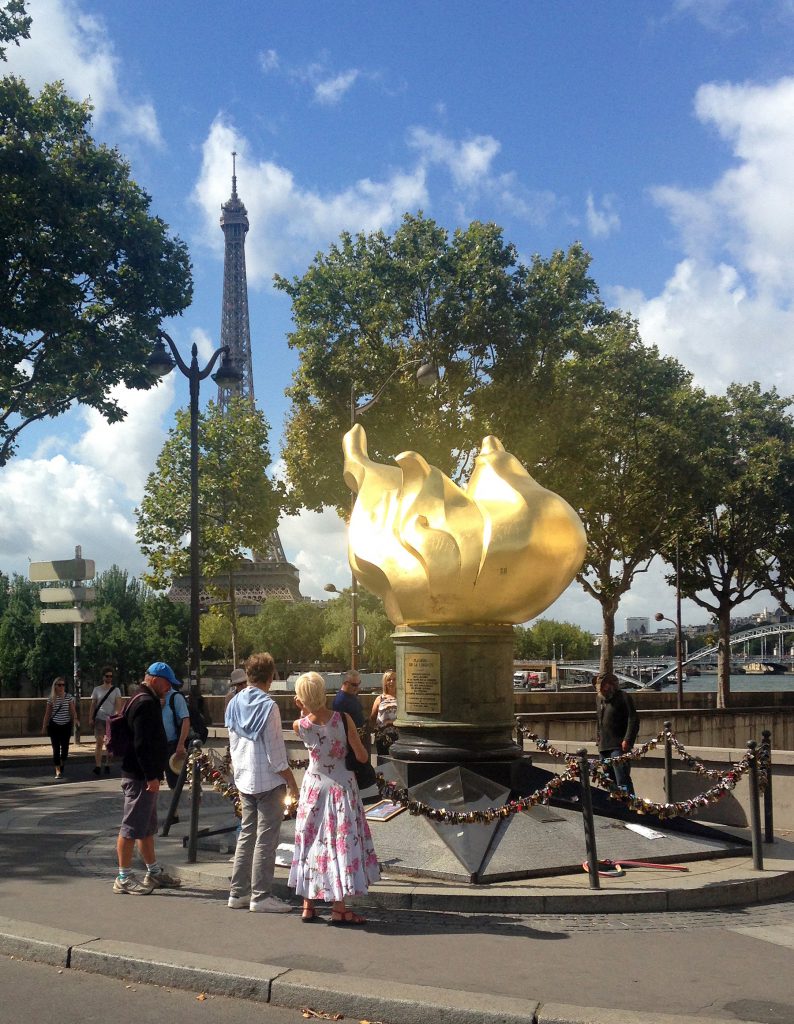