Louis Sullivan designed his Carson Pirie Scott department store at the turn of the last century.  Nothing like it had been seen before.

Known for his proud, soaring skyscraper design, Sullivan here not only lends the corner of State and Madison exciting vertical drama, he creates a dynamic horizontal structure, as well.  This difficult feat of balance evokes the harmony between the body and wings of the Winged Victory (Nike) of Samothrace. 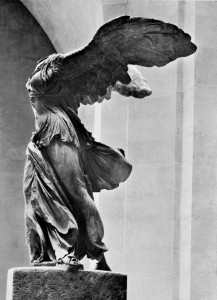 In the sleek, glassy, terracotta-clad upper floors, Sullivan seems to welcome the twentieth century and the stripped-down aesthetic to come. 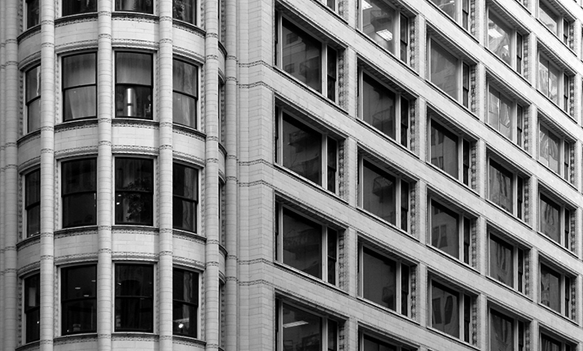 The upper floors in particular influenced some early practitioners of European modern architecture and the International Style in the States.   Hugh Morrison, writing the first Sullivan monograph in 1935, saw him as “presaging the new European architecture.”   But Morrison admittedly found the extravagant, foliate ornament on the first two floors “baffling.”  In fact, early photographs and descriptions of the Carson Pirie Scott store intended for European architecture students deliberately omitted the two ornamented lower floors.   William Jordy believes that the similarity seen between European modernists and Sullivan resulted from the influence of these misleading photographs and descriptions.

One can imagine young European architects on pilgrimage to Chicago to experience Sullivan’s daring modernism in person, only to discover the “baffling” ornament at the bottom, a part of the building they had never seen before. 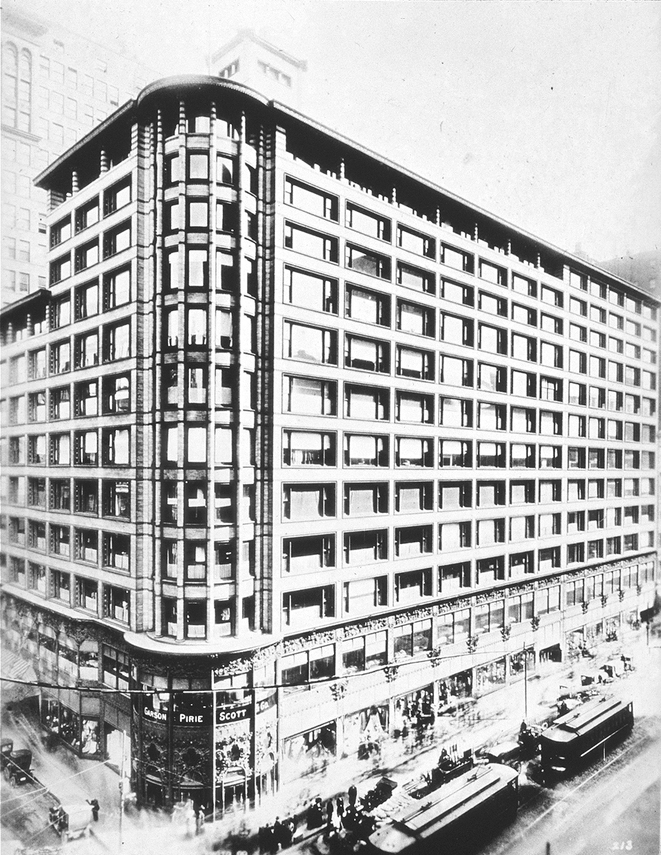