I was still on the ground in my city, but within the International Terminal I was in a universal milieu. Languages of all corners of the world met my ears.  I heard boarding announcements for far-flung destinations, repeated in multiple languages. I smelled curry and unfamiliar perfumes. I observed all different kinds of energy.

Since I was flying Aer Lingus, I tried to figure out who in the waiting area was Irish. The fresh-faced little ones, wild with excitement? Irish. The three young people carrying instrument cases and laughing joyously? I heard one of them speak and that was the clincher: Irish.

My long flight over the Atlantic was made much more pleasurable by the lilting sound of Irish voices, talking, laughing, announcing “Welcome to Dublin.”

Then I was in that modern and so pretty airport.  It’s elegant – full of art and color…especially green (!).  The sun had yet to rise, but the place was full of energy: young sports and dance teams traveling together, perfectly groomed businessmen and women meeting before their flights to London, the crisp Aer Lingus stewardesses in their green skirt suits and black heels, all of them with just-so hair and makeup.  And then I saw this, a small number of the many for sale: 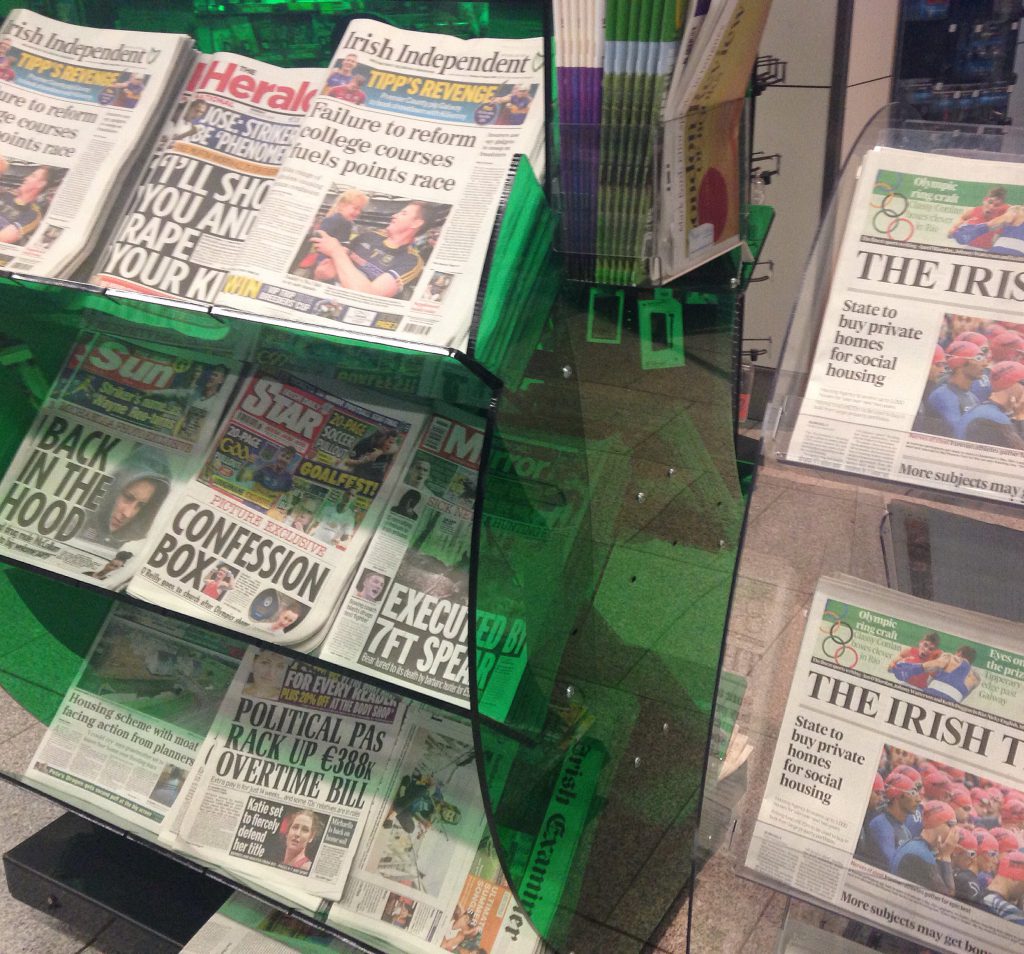