Barcelona born and based sculptor Jaume Plensa (1955- ) works, exhibits, teaches, and collaborates all over the world.  Plensa has made his mark in Chicago with the celebrated Crown Fountain at Millennium Park.  His work has also graced the Milwaukee lakefront with Spillover II.

A central focus of Plensa’s work is sculpture in public space.  A look at his website reveals the many forms, themes, and approaches he utilizes.  Plensa’s monumental Crown Fountain in Chicago’s Millennium Park (2004) is the world-famous sculpture that features the faces of 1,000 Chicagoans.  Their images are projected via light-emitting diodes at regular intervals onto two facing 50-foot high glass block, granite, and stainless steel towers. Every five minutes, their mouths, gargoyle-like, spout gushing arcs of water into the zero-depth reflecting pool beneath.  Crown Fountain is one of Plensa’s largest and best-known projects and its success led to many other commissions for the artist.  After Cloud Gate (The Bean), Crown Fountain is the most magnetic draw at Millennium Park. 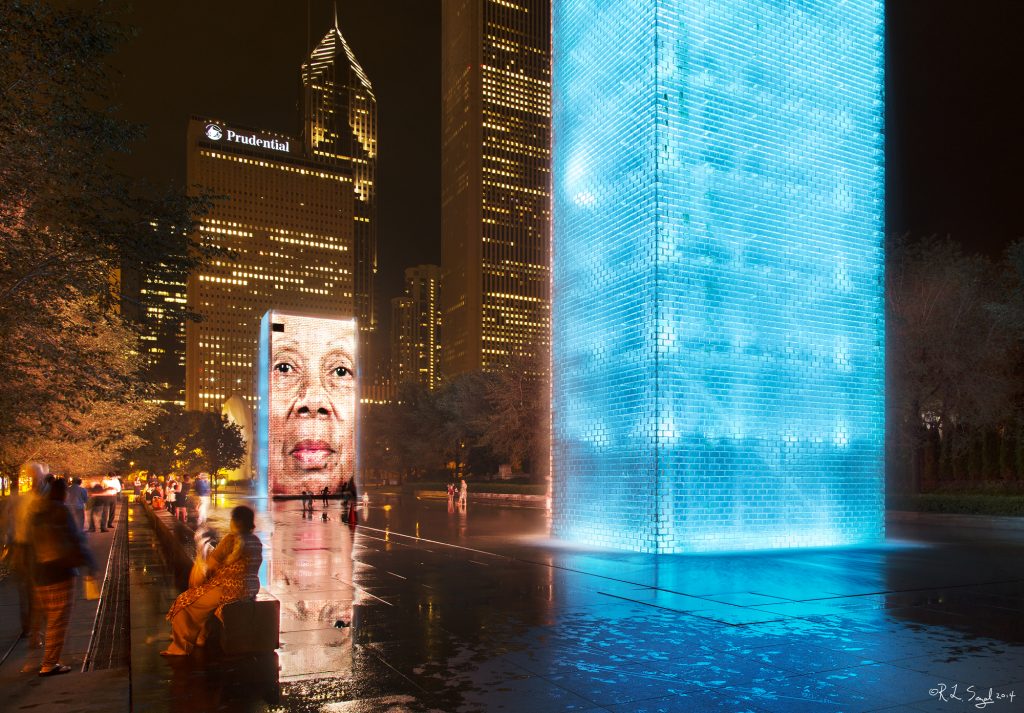 Located in Shorewood, Milwaukee’s closest northern suburb, Spillover II is sited high on a bluff overlooking Lake Michigan. Set on a concrete base, facing east, it has pride of place at lakefront Atwater Park.  The larger-than-life sculpture was given to the people of Shorewood by a group of donors in 2010.  It is the first artwork acquired as part of the Village of Shorewood’s public art initiative and they were assisted in their choice by Chicago art consultant and former director of the Milwaukee Art Museum,  Russell Bowman.  Spillover II was chosen from nearly 100 other artists’ works because it was deemed most appropriate for the location.

Plensa often explores the relationship between words and the human body.  His recent works involve multiple letterforms taking on human form.  Seated or kneeling, ostensibly contemplating the horizon, his spiritual figures celebrate the commonality between all people.  He combines letters as pieces of a mosaic and together they manifest the human form, which to Plensa represents unity and hope.  He says: “The letters that form the open framework suggest that language is our primary tool for experiencing the world and each other and that we are, essentially, both limited and empowered by this abstract means of translating our experiences.”  As light enters the space between letters, one can see the entire sculpture from every angle. The figure conveys openness.

Plensa was present at the dedication of Spillover II and expressed his pleasure that it was placed at Lake Michigan, where it would interact with its site.  He thanked Shorewood for giving one of his “children” a beautiful home. 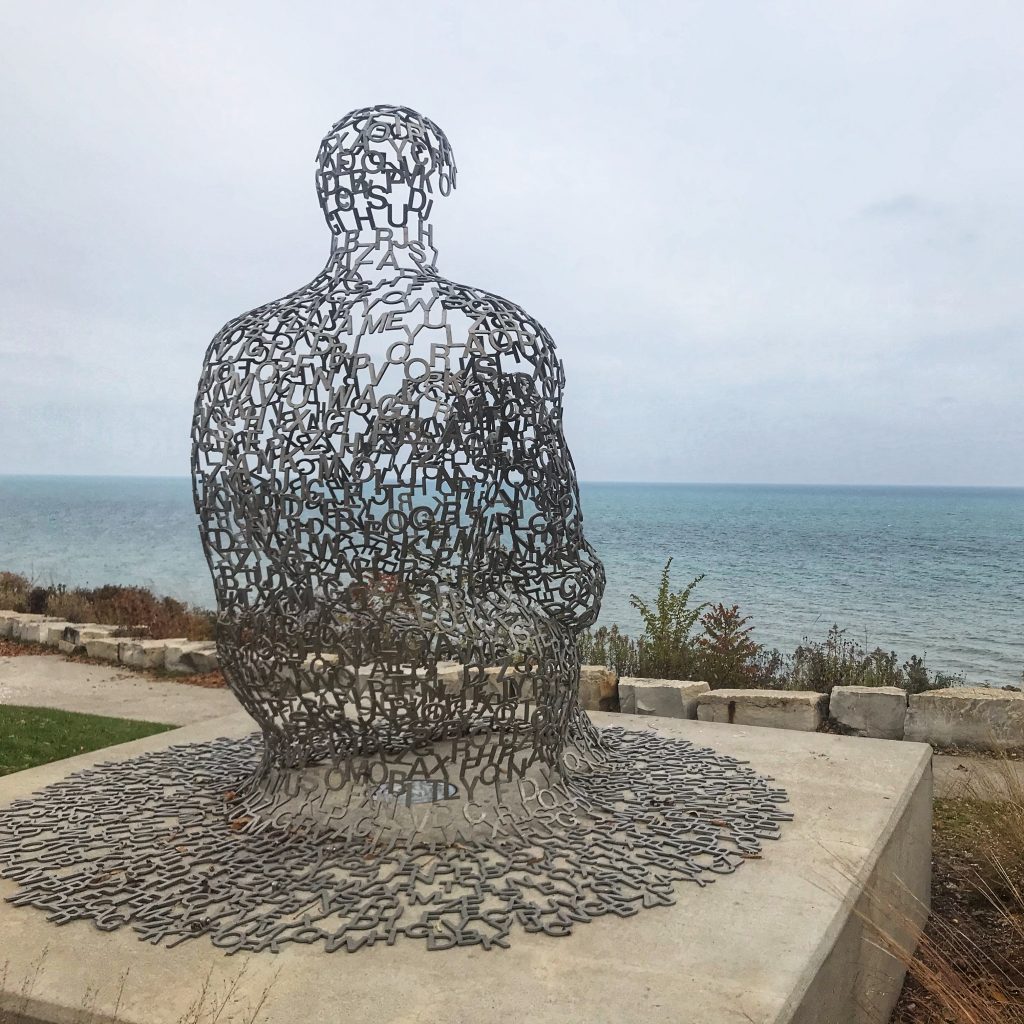 When you encounter one of Jaume Plensa’s powerful works you find that you are drawn in.  Observe Chicago’s Crown Fountain for only a few minutes and you see how people of all ages respond – coming closer, staring, touching, endless photographing – while children delight in the gush of water.  Milwaukee’s Spillover II exerts a similar pull: people regularly come close and touch the sculpture, walking around it, taking a seat on its platform, and photographing it from all angles and in all seasons and moods of the lake.  Plensa’s imaginative celebration of humanity appeals to us at a deep level and through his works’ inherent interactivity, graces our public spaces.