Railroads: Encyclopedia of Chicago Fact of the Day

Chicago is the most important railroad center in North America. More lines of track radiate in more directions from Chicago than from any other city. Chicago has long been the most important interchange point for freight traffic between the nation’s major railroads and it is the hub of Amtrak, the intercity rail passenger system. Chicago ranks second (behind New York City) in terms of the volume of commuter rail passengers carried each day.

The first railroad in Chicago was the Galena & Chicago Union, which was chartered in 1836 to build tracks to the lead mines at Galena in northwestern Illinois. The first tracks were laid in 1848, and then not to Galena but to a point known as Oak Ridge (now Oak Park).  ~Encyclopedia of Chicago 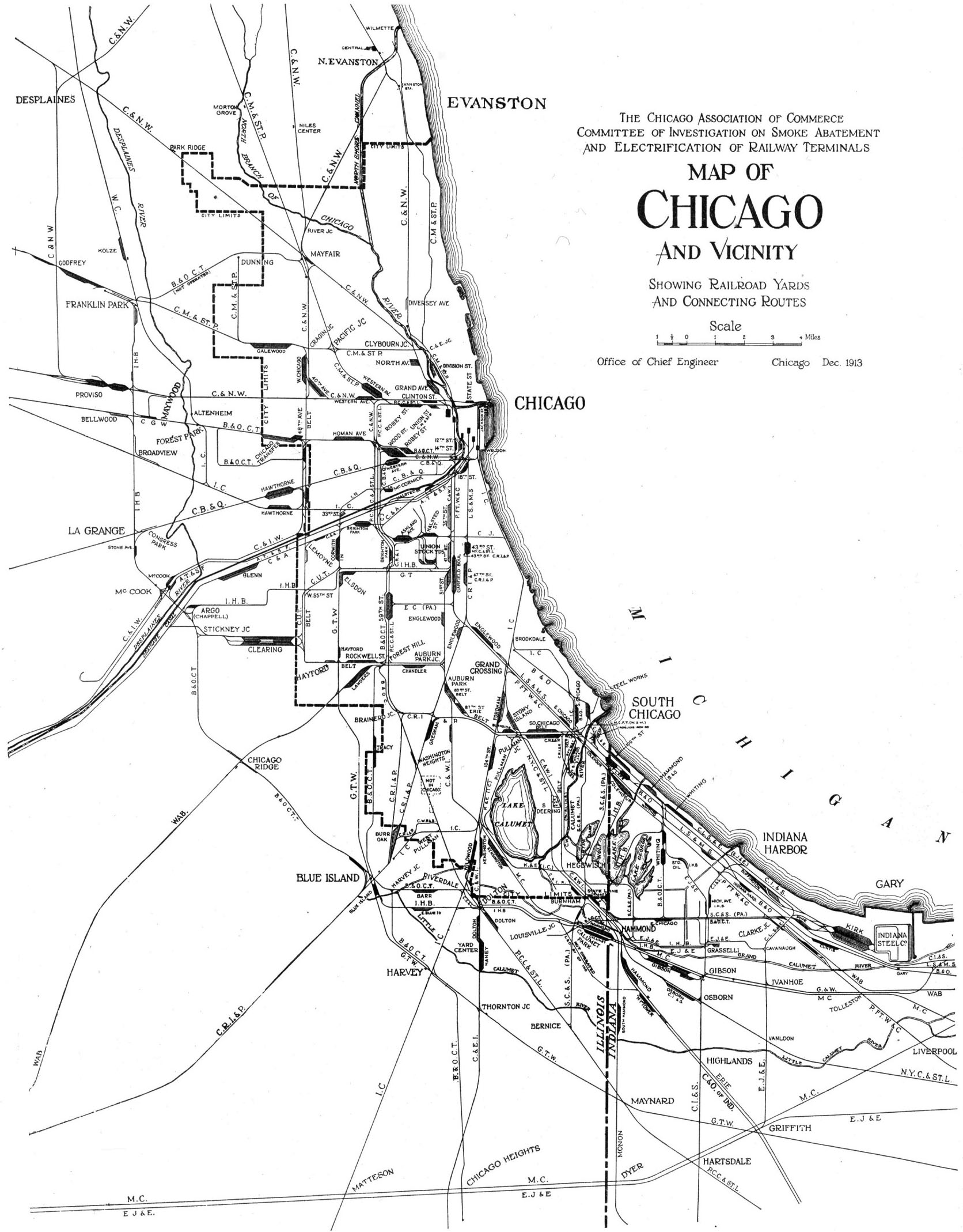 ChicagoEncyclopedia of Chicagohistorymaprailroads
« Previous PostJoin Me for a Tour of Glessner House Museum Next Post »WendyCity Retro Weird Chicago: A Sack O' Sliders