Smoke-Filled Room: Encyclopedia of Chicago Fact of the Day

The original smoke-filled room was in Chicago’s Blackstone Hotel, where, according to an enduring legend, a small group of powerful United State senators gathered to arrange the nomination of Warren G. Harding as Republican candidate for president in 1920.

Meeting at the Coliseum, the convention deadlocked on Friday, June 11.  At a suite in the Blackstone, Republican leaders held a series of discussions late into the night.  Though leaning toward Harding at that point, participants did not control the convention.   But when the Associated Press reported that Harding had been chosen “in a smoke-filled room,” the phrase entered the American political lexicon.  Ever since, “smoke-filled room” has meant a place, behind the scenes, where cigar-smoking party bosses intrigue to choose candidates.   ~Encyclopedia of Chicago 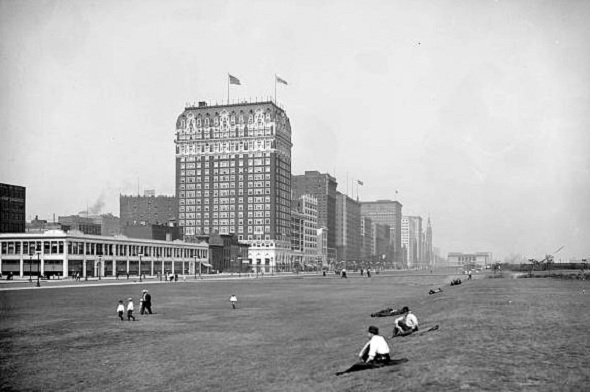