At the present time, a considerable number of potential car owners are deterred from purchase by the apparently unanswerable problem of parking their machines when at work or shopping, etc.  ~Everyday Science and Mechanics, January 1932

Science and technology had the answer!

The dawn of the automobile age was cause for anxiety – and innovation – in 1920s Chicago.  The huge number of car commuters to Chicago’s Loop eventually meant the construction of countless parking garages and lots.  But in the meantime, the car elevator was seen as a modern, space-saving solution.

As the video clip shows, rotary lift parking systems operate like a Ferris wheel: cars are parked in suspended cages attached to a belt, one car at a time, the entire series of cars rotated until the next cage is at the bottom.  Powered by electric motors or hydraulic pumps, they are actually less expensive per parking space because they use less ground and require less structure to be erected around them.  They reduce pollution, too, because cars are not running, circling, idling in search of a space.

The earliest such parking systems appeared in L.A., New York, and Chicago in the 1920s.   A system now found all over Japan – the “ferris wheel” or paternoster system – was invented by Westinghouse in 1923 and introduced in Chicago on Monroe Street, between State and Dearborn: 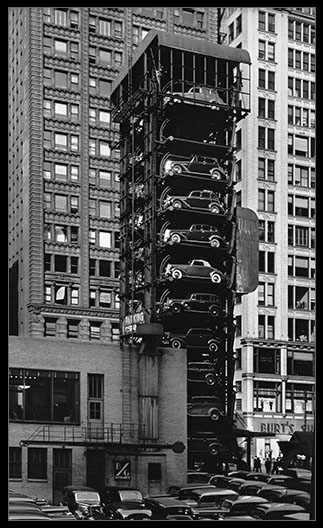 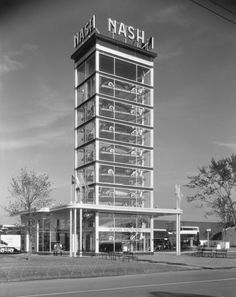 The success of this idea will, undoubtedly, increase greatly the value of cars to city residents; stimulate downtown shopping; and speed up traffic, by clearing the streets of the numerous parked cars which often reduce the lanes of traffic to half their proper efficiency.  ~Everyday Science and Mechanics, January 1932 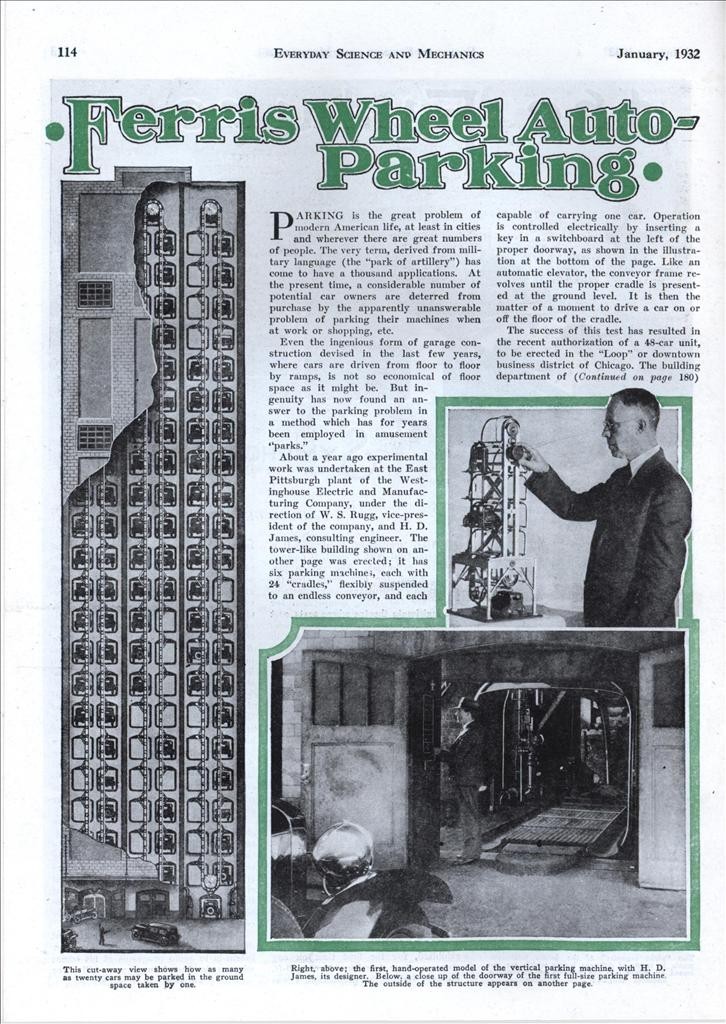 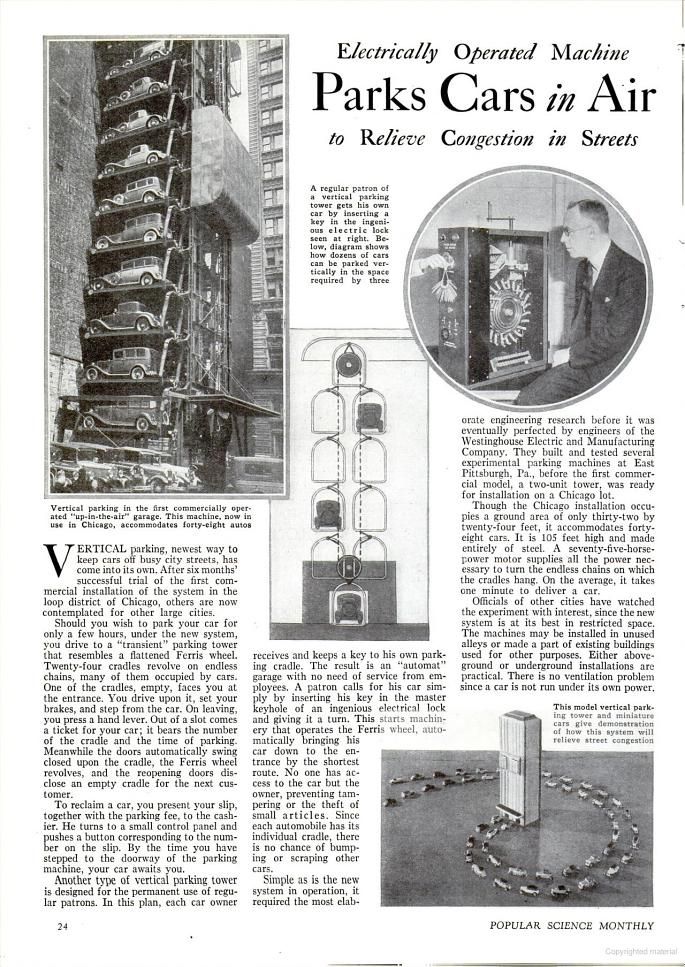