Where today thousands board boats for architecture tours on the Chicago River, luxury passenger steamer ships once docked, headed for points around the Great Lakes.

For roughly 100 years – from the mid-1800s to the mid-1900s – passenger steamers on the Great Lakes were big business.   Leisure cruising really took off late in the 19th century as luxury ships carried passengers between the major cities (Chicago, Milwaukee, Detroit, Cleveland, Buffalo, Toronto) and resort areas like those in Northern Michigan.  Meals and berth were included in the price.

In the days before most people began traveling by automobile, vacations to beautiful and remote Great Lakes spots were best made by steamer.   A popular route was Chicago north to Harbor Springs, Michigan, a journey that could take more than 24 hours depending on the ship!  Ernest Hemingway (1899-1961) spent the majority of his first 22 summers in Northern Michigan, traveling by steamer from Chicago to Harbor Springs.

In the 1910s and 1920s, another Northern Michigan resort area, Glen Haven, saw summer home residents gathered every weekend to welcome arriving guests – often Chicago husbands and fathers – to whisk them into waiting motorcoaches and off for a relaxing weekend with the family.  “They leave Chicago Friday night,” explained a tourist publication, “and get here the next morning; first stop. They’re with their families until Sunday night when the boat takes ’em back again, ready for the job. Great for ’em!” 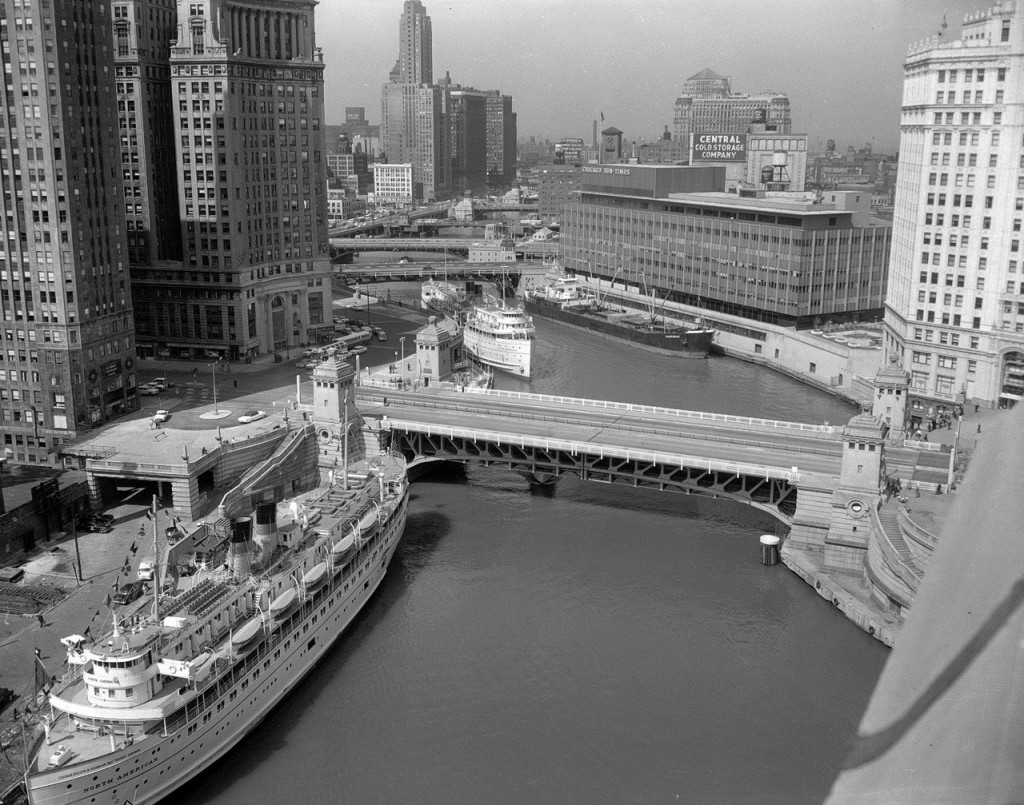 Great Lakes Passenger Steamers the S.S. NORTH AMERICAN and its sister ship the S.S. SOUTH AMERICAN docked in the Chicago River during the summer of 1958.