The Chicago image above from the late 1940s captured my attention: so much the same (the hurry and bustle, the el at the heart of things), so much different (street car lines, cobble stone streets, women in skirts and heels).

Making the rounds in social media of late is this collection of dramatic photographs by Stanley Kubrick, created before he became a well-known film producer and director.  It was 1949 and 21-year-old Kubrick (1928-1999) had gotten his first big break: popular national magazine LOOK had brought him on as an apprentice.

One of his assignments was to photograph Chicago, second largest city in the United States.  Kubrick captured the beauty and ugliness of the city in dramatic black and white, everything from steel mills to lingerie models, to a family living in poverty to school children, to people going to work and to the movies.  The images he captured of the Chicago Theatre and State Street – all glossy and glowing – are thrilling. 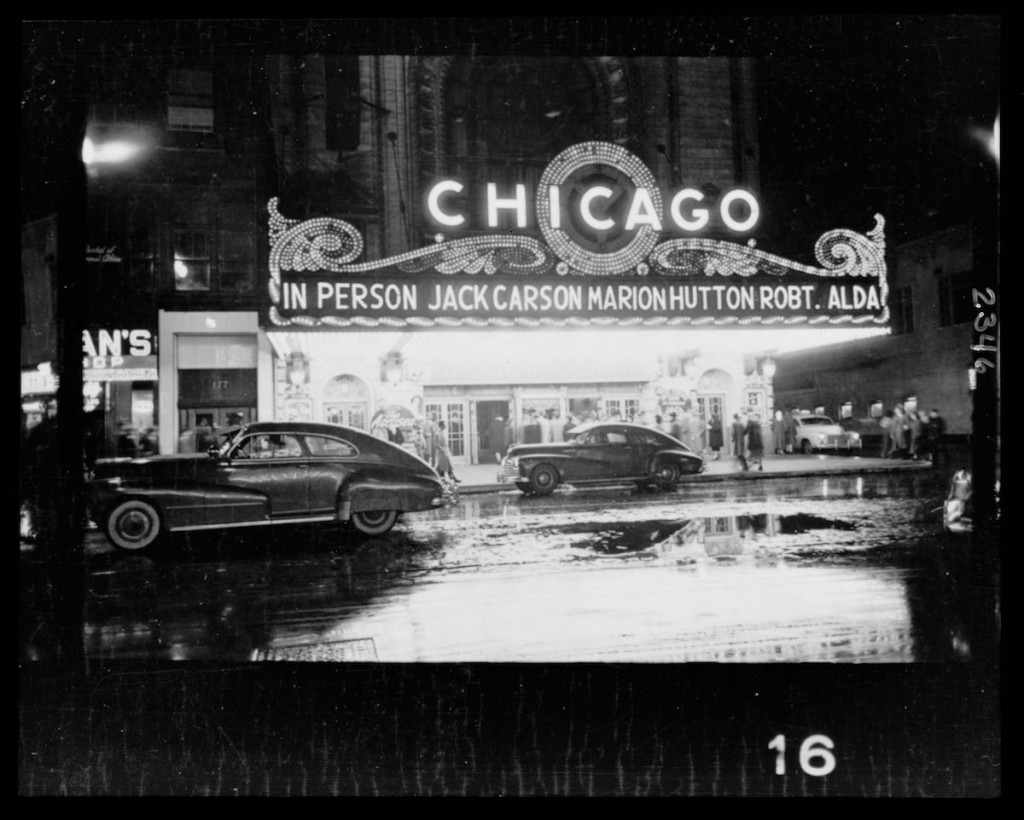