Perhaps you’ve seen it?  The best documentary about the 1893 Chicago World’s Fair is EXPO: Magic of the White City.  Here’s the trailer.

*Its nearly two hours powerfully immerses you in the extravaganza that was the Fair: the crowds, the sound, the music!

*It is well written and packed with a huge amount of historical information and hundreds of historic images all beautifully woven into a dramatic narrative.  You come away understanding the Fair’s context and meaning.  As one reviewer commented, “…it not only introduces us to a generally unknown moment in American history, but convinces us that without it, life would be completely different.”

*It utilizes modern-day video and actors, which adds a colorful punch to the historic images (mostly beer, belly dancers, and animals!).

*It is humorous, highlighting the Exposition’s most curious displays and attractions.

*It is narrated by Gene Wilder, who is simply brilliant at conveying both weighty subjects and the comic.  Rick Kogan (WGN) says, “With Gene Wilder’s narration, I literally felt as if I was there.”

Released in 2005, it is a great historic romp.  The DVD also features commentary tracks by director Mark Bussler and World’s Fair historian David Cope, featurettes (“Making the Fair”, “Art of the Fair”, “Storyboards of the Fair”, “Pictures of the Fair”), and deleted scenes.  It’s easy to rent or buy; I found I simply had to own a copy because I want to watch it so often. 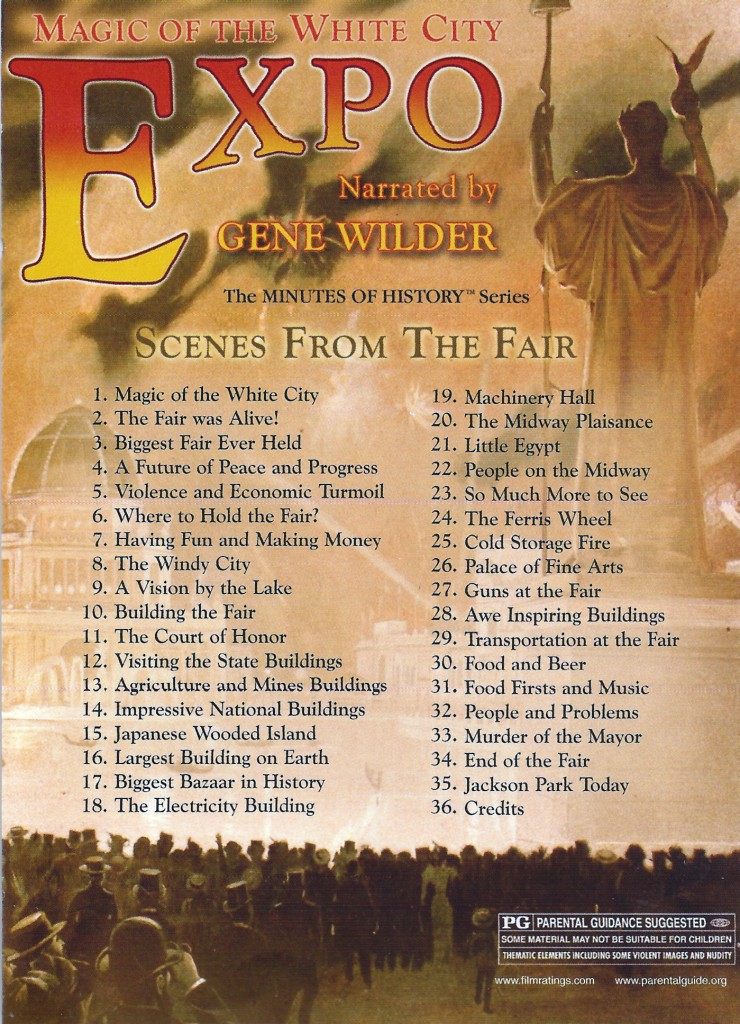 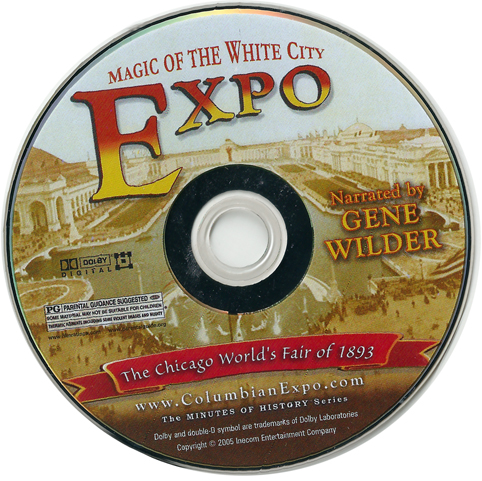